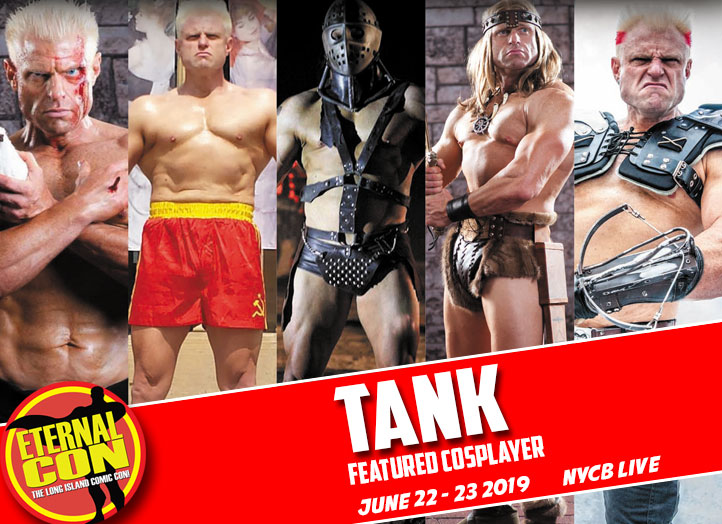 Jim “The TANK” Dorsey is a man of many personas – Conan the Barbarian, Ivan Drago from Rocky IV, Road Pig and Big Boa from G.I. Joe, Roy Batty from Blade Runner and Lucius Malfoy from Harry Potter, to name a few. He is known the world over for his dedication to screen-accurate cosplay and maintaining the physique needed to bring them to life.

He is most beloved for his larger than life portrayal of the Lord Humungus from the film The Road Warrior. Little did he know that putting on that mask for the first time in 2011 would gain him international success and devoted followers aptly named the Dogs of War.

TANK recently returned from a pilgrimage to Australia to visit many of Mad Max filming locations in Melbourne and the Outback, recreating scenes from the films along the way. Perhaps his proudest achievement has been meeting the original Lord Humungus himself, the Swedish body builder, Kjell Nilsson. The two have become friends and loads of plans are in the works for the two Humungi, including an appearance together later this year in Japan.

There is currently a documentary being filmed about his life titled Humungus: A Documentary, which is set to premiere in 2019. The world premiere of the trailer will happen at Eternal Con on Saturday, July 1, followed by a Q&A with TANK and director Faye Murman on the main stage.